To be held at: Comphurst Farm Cross Country Course, Windmill Hill, Watling,
Hailsham. Sussex. BN27 4RZ (Off of the A271).

Dogs to be kept on a lead at all times.

Please NO DOGS at the school site.

All Entries to be made online to: Horse- Events www.horse-events.co.uk

All entries should be made online using www.horse-events.co.uk. You will need your Pony Club membership number and Branch/Centre to enter ALL classes.

All entries are subject to a non-refundable booking fee as stated online..

We recommend Team Managers encourage their members to enter Individually.

One week before the event the entries secretary, Sally Bowman, will contact Team Managers with a list of entries from their Branch or Centre.

These entries can then be approved as competent (or not) in all phases and teams can be declared that same Horse and rider changes before the closing date can be made online by logging into your Horse Events account and editing your entry under the ‘my booking’ tab.

If you need to cancel an entry or change a class before the closing date please email info@horse-events.co.uk.

IF YOU HAVE ANY DIFFICULTIES ENTERING ONLINE PLEASE DO NOT HESITATE TO
CONTACT HORSE- EVENTS Email: Info@horse-events.co.uk Tel: 07962251696 not after 7pm

Times will be published on Thursday 21st July on the Area 11 tetrathlon
webpage. http://branches.pcuk.org/area11/area-11-tetrathlon/

After the closing date for substitutions may only be made as per Pony Club Tetrathlon Rules 2020.

Please email your changes after the closing date to: Sally Bowman email: hubblesfarm@hotmail.com

Full refunds will be given up until the closing date of the competition.

Individual rosettes in all classes

Team rosettes in Tetrathlon classes only (where there is more than one team).

Rosettes for Best Shoot, Best Run & Best Swim in each class (where there is more than one entry).

In Mini, Tadpole and Beanies Tetrathlon classes, branch teams may be mixed gender in any arrangement of boys and girls. The organiser may make up teams from individuals who are not in a branch team.

In Junior, Inter and Open Tetrathlon classes, teams may be mixed gender but cannot include more than 2 boys or 2 girls. Branch teams only in these classes.

To be run in accordance with Pony Club Tetrathlon Rules 2022.

We ask that each competitor provides a helper for a few hours at the event, it be assisting in XC phase jump judging or marshalling at the run.

Competitors to supply their own Cross County Eventing bibs, along with their printed-off infill competitors number.

Late entries may be accepted at the organiser’s discretion. Late Entry Surcharge £5.

Queries during the competition may only be raised via the Organiser, Sally Bowman, by the DC of the relevant competitor or their appointee.

Photographic Rights – competitors and their parents/guardians have given permission for any photographic and/or film  TV footage taken of persons or horses/ponies taking part in Pony Club events to be used and published in any media whatsoever for editorial purposes, press information or advertising by or on behalf of the Pony Club and/or Official Sponsors of the Pony Club.

All competitors must have been seen by a shooting coach to be deemed competent/safe to compete – Please contact Sally Bowman if you have any enquires on hubblesfarm@hotmail.com

Protective or prescription glasses are recommended at all levels of competition and are COMPULSORY for competitors shooting at 7m. Guns must be kept in their cases until the Firing Point Steward gives the order to “unbox” them at the start of a detail and must be “boxed” again before the competitor leaves the firing point. Actions from removal to returning the gun to the box will be marshalled by the new flagging rule that you need to be
familiar with. At all other times guns must be stored in their boxes and locked in a secure place (ie in a vehicle out of sight). No person under 18 years of age may be responsible for, or carry a gun.

Only one coach/parent will be allowed at the end of the pool. ATTENTION IS DRAWN TO THE A.S.A. ADVICE CONTAINED IN THE TETRATHLON RULE BOOK that swimmers diving from starting blocks need to have reached the level of the ASA Competitive Start Award.

A valid passport and vaccination record must accompany the horse/pony to this event and must be available for inspection if required by event officials. Vaccinations must be in accordance with the Pony Club Tetrathlon Rule Book 2022. As this is an Area Trials, the most recent booster must have been administered within the 6 calendar months prior to the date of the competition. No horse or pony may compete on the same day as a relevant
injection is given or on any of the 6 days following such an injection.

Riding hats must be worn and must bear the CE mark and a quality symbol, either BS kitemark, the SAI Global symbol or the official Snell label. The CE number on its own is not sufficient PASO15:1998 and Snell E2001 are recommended. Hats must all carry a Pony Club, British Eventing or British Riding Club AQUAMARINE tag.

Body Protectors, meeting the Pony Club Tetrathlon 2022 Rules are compulsory in all ride classes. Air Jackets may only be used in addition to a body protector meeting the specifications in the current rule book.

Competitors in non-qualifying classes may jump down a ride course if they wish, but will incur 500 penalties for each level they drop down. Anyone wishing to jump down a course must notify the organiser by the closing date  by email to Sally Bowman at hubblesfarm@hotmail.com and indicate their intentions to jump down a course on the online entries system hosted by ‘horse-events’ We would like to remind competitors of the long-term value in taking 500 penalties to jump a lower course if you are lacking experience or match practice. Better to jump well over a smaller course than badly over a course you are not ready for.

Beanies Beanies only may wear Grass Reins which, if worn, must comply with the Pony Club Tetrathlon Rules 2022.
Beanies only may have an adult standing in the arena with them, in a designated box, offering them verbal assistance. This verbal assistance will be unpenalised. The adult may leave the box to assist, including to lead, however leaving the box will incur 400 penalties. As an exception, the steward ONLY may assist the competitor to remount after the slip rail without penalty

Tadpoles: Any assistance including leading, verbal assistance or any other kind of outside assistance will incur 400 penalties. As an exception, the steward ONLY may assist the competitor to remount after the slip rail without penalty. (Subject to Covid developments – to be clarified before the day)

Minis Cross Country course will not be timed. Mini competitors who have 3 refusals may miss out the fence and continue on the course provided the fence judge considers them safe to do so. They must make no more than 2 attempts at any subsequent fence. They must make way for faster competitors.

This event is being organised by PONY CLUB AREA 11 TETRATHLON. Equine Bookings is acting as the booking agent for this event, enabling you to book online, for which you will be charged a booking fee per space which will be added to your cart.

As booking agents, we accept no responsibility for the actual provision of any event for which you purchase event tickets for. Our responsibilities are limited to providing the online platform to enable you to purchase tickets. The booking fee is the separate non-refundable charge we make to you for facilitating the booking. Your contract is held with the Promoter/event organiser.

Save for the death or personal injury caused by the negligence of the organisers, or anyone for whom they are in law responsible, neither the organisers of this event or The Pony Club nor any agent, employee or representative of these bodies, nor the landlord or his tenant, accepts any liability for any accident, loss, damage, injury or illness to horses, owners, riders, spectators, land, cars, their contents and accessories, or any other person or property whatsoever, whether caused by their negligence breach of contract or in any other way whatsoever. Entries are only accepted on this basis. 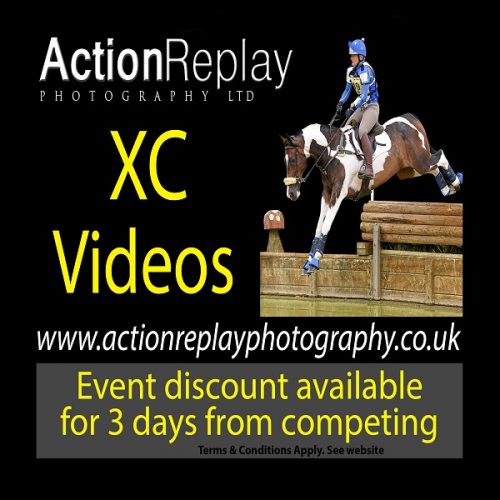 Book this horse event below

Please note that this event allows for reserve bookings. A ticket marked 'Wait List' indicates that the class is currently full but we are allowing for Wait List bookings. Booking such a ticket does not guarantee you entry but adds you to the wait list. We will notify you if you make it onto the confirmed list or alternatively will refund your booking.